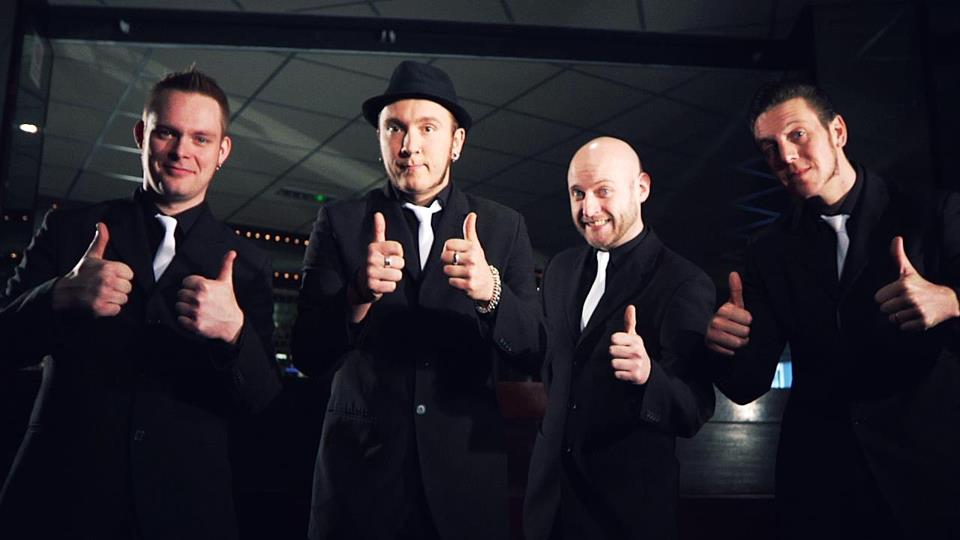 We are immensely pleased to announce the launch of the long-awaited EUREKA MACHINES PLEDGE CAMPAIGN.

If you’re not aware of the new-fangled PledgeMusic website, it is a way for bands like us to sell their music directly to their fans, followers and friends, cutting out the middle man and providing top-quality content for top-quality people. The idea is that we set a target for the amount of money we need to raise in order to record our album, and you ‘pledge’ to buy different stuff from us to raise the cash. You can buy signed CDs, exclusive t-shirts, handwritten, framed lyrics and we’ll even write you a song, if you fancy it. Or you can just buy the record. It’s basically like ‘pre-order’ing, only with a slightly longer lead-in time.

Once we reach our target, we can make our album. The more money we raise, the posher we can make the record, so if we smash our target, expect strings and choirs and gorgeous artwork and so on. The idea isn’t (and never has been) to make a load of money for ourselves – the idea is to make the best possible record for you guys that we can. So please get involved if you’re up for it.

People who Pledge can expect exclusive access to stuff like video tour diaries, exclusive new tracks, online gigs and, of course, to get the album way before it hits the shops.

We’re aiming for you to get your hands on the finished article by March 1st 2013.

The other important thing is that we are donating 10% of EVERYTHING we raise to our friend, occasional colleague and oftentimes musical inspiration TIM SMITH of the band CARDIACS, who in 2008 suffered a simultaneous heart attack and stroke and as such is in need of constant medical care and attention. There have been a bunch of tribute concerts (and of course a brilliant – and still available – tribute album) to raise money for Tim, and this is the way we feel we can contribute. Chris from Eureka Machines has done a few things with Tim, not least his favourite ever tour (God Damn Whores supporting Cardiacs in 2007), and hopes that everyone is up for getting involved in this, whether they like Cardiacs or not.

Also, as you can see, we are now sporting a shiny all-new website. It’s not 1000% complete yet, but it’s more or less there. Have a skeg. Thanks as always to our wonderful webguru Damian Tichborne for all his hard work on it. We love you Damo.

Got some gigs coming up to celebrate. They are:

There’s also something else in the offing very soon.

That’s about it for now. Get in touch if you’ve any questions. This one is for all of us.