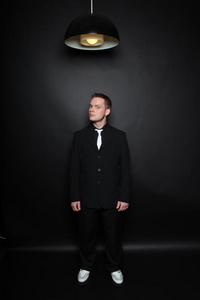 Davros was born in the Wapentake of Pickering Lythe on his birthday.

He grew up in North Yorkshire but has lived in Leeds for some time.

Davros was quite the songwriter in his youth. The first song he ever wrote and recorded, aged no more than about five or six, was called ‘Silly People’ and went like this: “Silly people, silly people, when they go to the shops, they eat their Coco Pops, with their underpants”. Rumour has it that the recording still exists.

Davros once wanted to see how long he could go without a haircut. About two years, if you must know.

He is a keen cook and is rumoured to make the world’s greatest steak and ale pie.

Top two things Davros did as a child

Top 5 restaurants in Leeds (in no particular order)

Davros loves Formula 1 and one day hopes to be able to cultivate a moustache as powerful and noble as the one Nigel Mansell used to have.

Despite the name, Davros isn’t a fan of Dr Who.

Davros prefers dogs to cats, but loves all beings.

Davros is well known for his grace and poise, and has earned the nickname ‘The Swan’ amongst some of his friends.

Davros recently discovered that if you are staying away from home and have to go for tea on your own, and go for a curry, you get the entire pickle tray to yourself if you order poppadoms.