The first Pete Fact you should know is that he has no particular interest in grammar. Capital letters and punctuation in general go by our intrepid four-stringer’s personal wayside, much to the irritation and chagrin of the rest of the group. Time was that The Lead Singer would correct Young Peter’s erroneous ways; he can no longer Be Arsed. 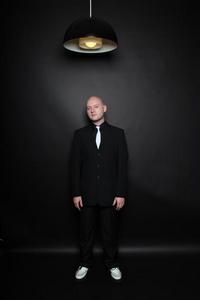 Top 5 Elvis Costello Albums (with The Attractions, The Imposters or solo)

He once tried to make a girl go out with him when he was five years old by getting his winky out and showing her it whilst saying “how about now?”

His favourite chord is C#m.

Like most men, he wishes Jessica Rabbit was real.

Unlike Chris and Davros, Petes songwriting abilities was not apparent in his early years. He was, however, a poet laureate at Primary School. Many of the great works have been lost, due to Pete being a Prima Donna and making his Mum throw all hard copies away. Only his first and most praised verse,”Caterpillar”, has been preserved:

Also unlike Davros, Pete has never attempted to eat a prawn. He just doesn’t think its worth it.

Pete has a strong dislike of beer, cars and football. However, this doesn’t make him any less of a man

One summer, he recorded all of his farts into his phone for future use

Pete suffers from Amblyopia, and would one day like to have a metal plate with a laser eye grafted onto his face, like Kano from Mortal Kombat

He has very small hands, smaller than most girls hands

Pete doesnt know how to drive, but is very good at super mario kart

He is a big fan of monkeys (all types)

One day, Pete will retire to amsterdam; a city he knows like the back of his (small) hand